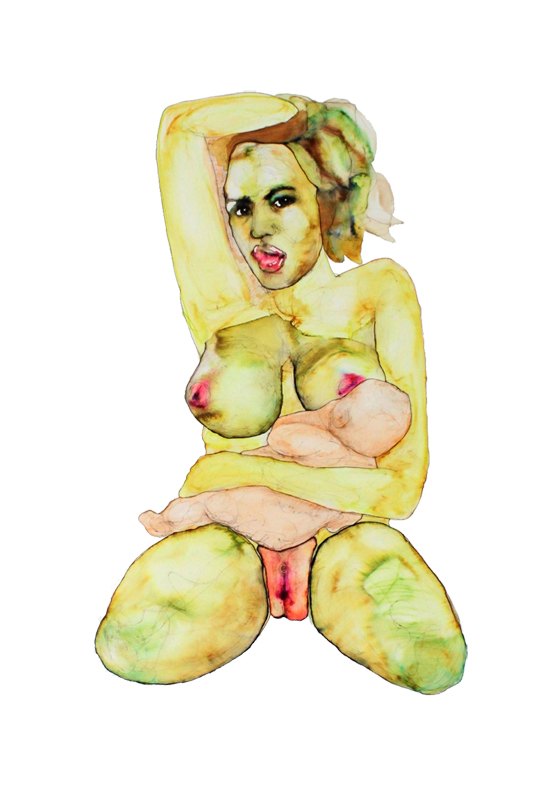 Anyway, maybe the last Sunday of the month, just to give folks a couple weeks for the next paycheck to roll around so they can spend the same amount of money they did on brunch, flowers and chocolates to instead buy and wrap an assortment of sex toys, lingerie and…chocolate sauce?

So, in my life, I have a quandary. Given that the wife and I opened up our marriage a couple years back (even though we’ve done precious little to actually act on that openness sexually), I don’t really know what to do. If I were flat-out single, I wouldn’t have a problem finding a woman my age because it’s still all-too-true that middle-aged women have the hardest time finding a partner (particularly of their own age, since older men can attract younger women so often). But I’m not single. I’m looking at times for some extra sex with someone who’s not my wife. But close to my own age nonetheless.
However, among swingers, I feel like most of the women are looking for something younger or they’re looking for another woman (of comparable age or, often, a younger one to be the “unicorn” in the fabled MWW three-way scenario that is all too hard to come by most of the time).
Likewise, my wife would love to find someone near her age to play with. Could she go cougar? No doubt. She’s aging very gracefully, she’s personable, she knows her way around the male body and she can be very sultry. Rawwwwrrrr!
But our son is 21 now. She doesn’t want someone in their 20s because it’s just going to make her think of the fact she could be the mother of the young man she’s banging. It doesn’t work for her personally. And to most men her own age or close to it, she’s nearly invisible, because they’re going after the younger asses a lot of the time.
So, I have nothing against cougar culture. Or cougar country. Or cougar couture or whatever. It’s as valid as any other sexual proclivity that involves consenting adults. If you like it, I love it (on your behalf).
But in the end, it’s just people having sex with other people, and it has it’s messy points and its alluring ones.
Sometimes both at once.